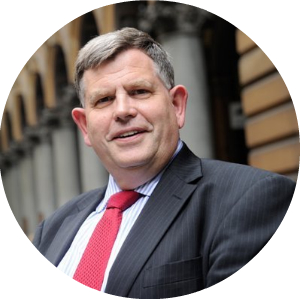 Dr. Nick Tate is a CEO and Company Director and has considerable experience at the level of CIO in two London banks and at the University of Queensland (UQ). He is co-author of “A Director’s Guide to Governing Information Technology and Cybersecurity”, a book published by the Australian Institute of Company Directors (AICD) and has 18 years’ experience as a Company Director in 11 Australian and 2 US companies.

Nick is a Chair of the Council of ICT Associations (CICTA) and chaired the World Computer Congress in 2010. He was the National President of the Australian Computer Society (ACS) in 2012/2013. Nick is also an adjunct professor in IT and electrical engineering at (UQ) and has written and presented widely on cybersecurity, cloud computing and big data.

He worked on the development of antimissile systems and real-time air traffic control systems before spending 20 years working for investment banks in both London and Australia.

Dr. Tate is National Vice-President (Membership) of the Australian Computer Society, Immediate Past Chair of the Queensland branch and President of SEARCC. He holds a Bachelor’s degree in physics from the University of St Andrews in Scotland, a Master’s degree in computer science, and a PhD in Cybersecurity. He is both a Fellow and Honorary Life Member of the ACS.